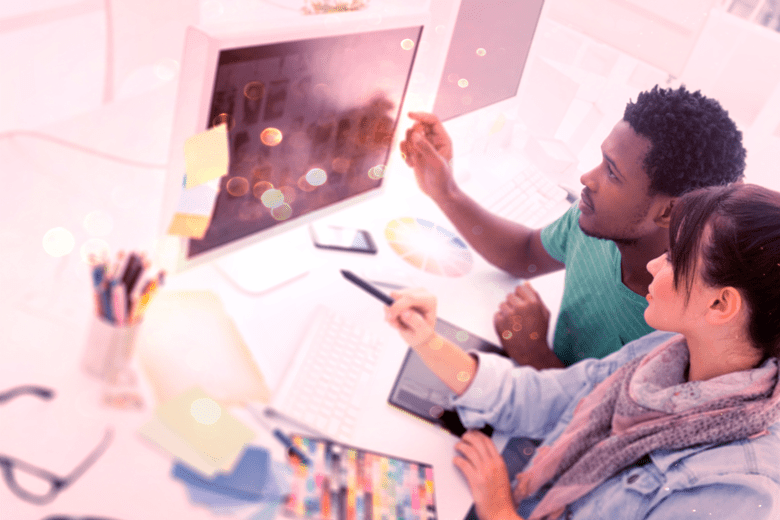 Between the frames: meaning in animation

Training, e-learning, and microlearning are here to stay and it is growing at an exponential rate. The way learning in general is evolving, from the elimination of subject-based education in Finnish schools to the rise of the explainer video and infographic, make it hard to imagine what awaits beyond the horizon.

Considering how we are now using media traditionally associated with pure entertainment as training tools, it can be argued that one thing we can expect more of is animation; either as a stand-alone product or as a component in a much larger set of deliverables.

The idea that the training industry is typified by companies using various media as training tools leaves us with the unsettling sentiment that we just churn out low value, derivative work just north of the textbooks we try to avoid mimicking.

This is true for animation too: think about how, in the last few years, we went from that wonderful early ‘explainer’ style animation (used in Sir Ken Robinson’s TED talk on education) to the thousand eye-sores that we have to tolerate for at least five seconds before any YouTube video we want to watch. Think about how one video sets a benchmark and then a million copycats just dilute the value of it as it trickles down into an acceptable mainstream culture.

This is also evident in the sudden increase of gimmicky software packages, all proclaiming to help you ‘Make Your Own Whiteboard Animation.’

It is this cheapening of innovation that leads us to believe that animation for the sake of training is the broke, ugly cousin of animation for entertainment. Think about when clients refer to popular animated shows as a style reference.

Perhaps more telling is the disappointment on their faces when you explain that 3D might be a bit excessive or expensive. All these things compound this niggling feeling in the pits of our stomachs that we animators, who aren’t working on feature films or cutting edge shock-value comedy shows, are either wasting our lives or simply not good enough to do any ‘real’ animation.

Animation is more than statistics

So why carry on? Is animation in training as embarrassing as has been outlined? Have you signed up for a career of mediocrity and a lackluster showreel? Personally, I believe not.

Typically, when people talk about a great piece of animation they talk about attendance or style, or how much money it made.

It’s always one of those “around the braai” type situations when someone chimes in with statistics like how many people worked on Shrek or how long Toy Story took.

Some guys even delve into stories relating to the production of the movie in question, like how Disney would bring in zoo animals for people to draw as a reference for Bambi.

Where is the value?

So, let’s bravely make the comparison. True: you can’t deny impressive numbers at the box office. A film that reaches millions of people is impressive and nobody can debate that.

However, if attendance defines value, think about this: my one thirty-second animation on how not to die if a mine collapses is shown to thousands of miners all of whom are paying strenuous attention because lives are on the line.

Maybe this isn’t Finding Nemo type numbers but it is still a considerable audience. Besides, an animation done for the purpose of training isn’t just something you put your toddler in front of for a few moments of well-earned respite from parenting; my work contributes to how well someone does their job and, in many situations, survives.

Given, some training collateral is so irredeemably hideous that just being in the same room as it feels kind of dirty.

The same can be said about the multitude of second-rate anime shows out there and don’t even get me started on that putrid Dobby or the only animated character I really wish I saw trapped in a burning wreckage – Jar Jar Binx.

I agree that flashy 3D software is really powerful and will continue to take over more of the production duties in future movies (no more stuntmen?) but you need none of that to smoothly and concisely communicate anything. Look at the animation Apple used as the launch for their WWDC 2013 keynote.

It’s mostly lines and dots and a few specks and yet it is so conceptually strong that it didn’t need any more than that. So then is extravagant 3D really what makes animation work? Apparently not: a strong enough concept does not need lavish visual treatments to convey truth.

Okay so money; turn over.

Which one is more impressive: a bloated, overly grand feature film which costs hundreds of millions of dollars to make or the guy with one After Effects license who writes a plugin that helps animate characters really quickly and then gives said plugin away for free (https://rainboxprod.coop/en/tools/duik/)?

Oh, wait, there is this: $130 Billion dollars was spent worldwide in 2014 on corporate training. Not quite Oprah money but nothing to sniff at if that’s all you’re interested in.
One last free shot: cultural influence.

Sure, Snow White set the precedent for storytelling not just in animation but cinema in general. Not to mention when people like Salvador Dali collaborate with studios like Disney one can almost literally smell the prestige.

But then again how many times has Bambi’s mom dying stopped a fatality at a steel foundry? Or how many times do Woody and Buzz have to become fast friends before call centre staff can start pleasing customers rather than annoy them?

The point here is that maybe celebrity voice overs and huge teams of wildly talented animators aren’t the criteria for great work – function is. William Morris once said that “nothing useless can be truly beautiful.”

If function is your criteria then, as an animator working in training, I am lucky enough to be involved in the making of some pretty beautiful work on a daily basis. 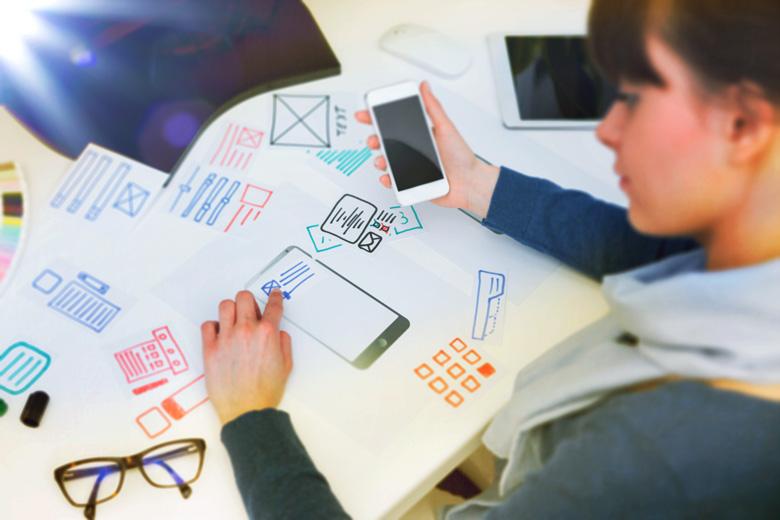 How to effectively use animation in UI design

Today, animation in the user interface (UI) is everywhere in the digital space. You can find it on phones, apps, … Continued

What does this button do? How design prevents disaster