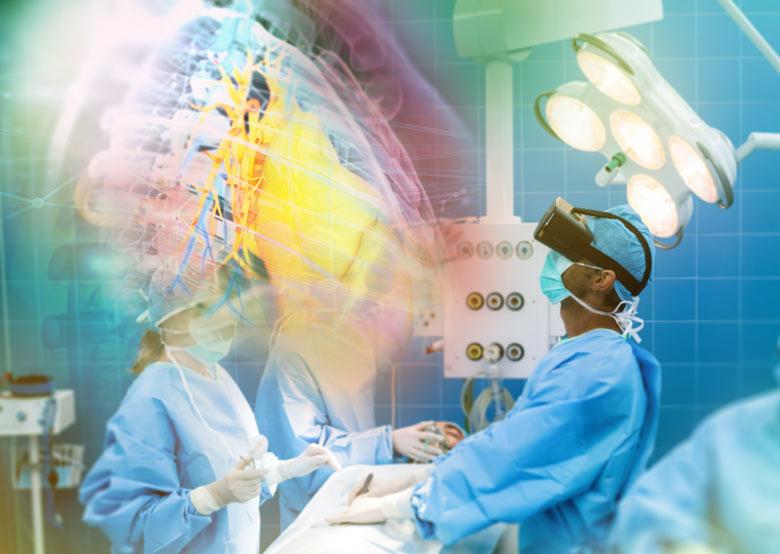 4 Industries that will profit from Augmented Reality training

Most of us agree that we learn and retain information better when we are physically involved in a subject. We all remember that teacher that showed us how certain elements explode when coming into contact with water, but not that teacher that read laboriously straight from the textbook.

So, the education industry’s interest in immersive technologies is understandable, even necessary.

Virtual reality usually leads these conversations but augmented reality (AR) is just as applicable. While virtual reality immerses the user in an environment completely separated from our own, AR overlays our actual reality with digital objects.

This has two advantages: it is less removed from the ‘real world’ (and its consequences – danger, injury etc.) and its ability to capitalise on objects that are already there. Both reduce the development resources needed and increase feasibility.

Here are some industries that are obvious candidates for augmented reality development:

The complex nature of medicine

Medicine is primed for augmented learning. Due to its complex nature, students spend an exorbitant amount of time trying grasp concepts and get their heads around the anatomy of the human body.

Not only are these concepts complicated in nature (pun intended), they are also notoriously difficult to physically access. Cadavers have shelf lives; they need to be kept in strict conditions causing barriers to entry for students.

Augmented reality’s visual accessibility solves both of these issues. Not only is augmented anatomy ‘always on’, it allows for an unprecedented view of organs and how they function.

In addition to medical students, augmented reality can assist qualified doctors with continuous learning. As technology develops, so do medical techniques and procedures resulting in complex training material needing to be developed.

Digital updates can be done fast and efficiently and the palpable experience of augmented reality can ensure that doctors absorb the new information in a more engaging manner, saving time to save lives.

Medical education relies on compounding learning. Rare diseases are discovered on a continuous basis but examining them is extremely difficult. Mapping these rare examples and creating augmented versions allows for more students and doctors to study these fringe cases resulting in more diverse expertise and a better diagnosis.

Survival in law enforcement and military

Augmented reality has been highlighted as a massive interest for the military and law enforcement training. Training is integral for survival; there is literally no margin for error in real-world scenarios. With that in mind, it’s easy to understand why so many governments have such massive budgets for law enforcement and military training.

And these sectors are no strangers to AR; heads up displays – in both aircraft and visors – use simpler interactions of AR. Adding to that, AR can save significant amounts of funding, without compromising the quality of the training.

Having objects digitally added to a trainee’s field of vision can eliminate the need to have real-life objects available. In addition, these objects can be replaced and reused with a relatively minimal amount of effort and costs.

Then there is the safety aspect. Scenarios that would normally endanger the lives of inexperienced officers can be created in a safe environment, opening up the opportunity to create experience in situations that are difficult to recreate.

Consistency is also an important point. Relying on humans to create training scenarios can lead to inconsistencies. Using AR in training can eliminate that potential flaw.

That’s without mentioning the benefits of AR while in the field. Crime scene investigation, identification, target acquiring, terrain reconnaissance – the list is near endless.

The widening knowledge gap in mining

Low commodity prices have put pressure on expenses and in the mining world, training is a big one. It costs money to send trainees to remote locations, to ensure their safety and have experts share their knowledge. These are all expenses that can be significantly reduced with AR.

Mining hasn’t attracted as much talent as it did in the 80’s, with younger generations opting for alternative careers. This has led to a skills shortage as well as a widening gap between experienced personnel and recruits. Part of the problem (and solution) has been a move towards automation, which leads to machinery that is increasingly complex.

Complex machinery is yet another challenge for training in the mining sector. Not only is there a very long learning curve, the results of incorrect usage can be devastating to the operator and machine.

Leveraging AR’s ability to overlay information about a tool or machine is an elegant way to ensure that learners are using equipment safely. It also provides the possibility of providing data about gas, radiation and heat levels.

The unpredictability of Space

If there is one universal positive to AR, it is its ability to render large distances moot. And arguably, it doesn’t get larger than the distance between us down here on earth and those in space.

It costs a lot of money to send someone to space. At $450 million a mission, space agencies would prefer to keep someone up there for a bit; 6 months at a time according to NASA. When someone is on the International Space Station for 6 months, there are bound to be some unexpected challenges to navigate.

Using AR can not only better prepare astronauts prior to the mission, but actually assist them in real time once in orbit. And as you can imagine, the machinery is not simple.

Although NASA has been working on AR for the last ten years, their progression has been limited to software. Recently, however, they announced that they would be teaming up with military technology company, Osterhout Design Group, to send military-grade glasses to space.

They also announced a partnership with Microsoft and the use of their HoloLens, although that relationship is centred around the Mars Rover.

While AR seems to dominate in the gaming space, training and development stand to gain even more. The applications are growing exponentially and with them, great advantages. Technology is a new frontier for creating personalised learning opportunities. Combine that with the visual nature of AR and the sky will no longer be the limit. 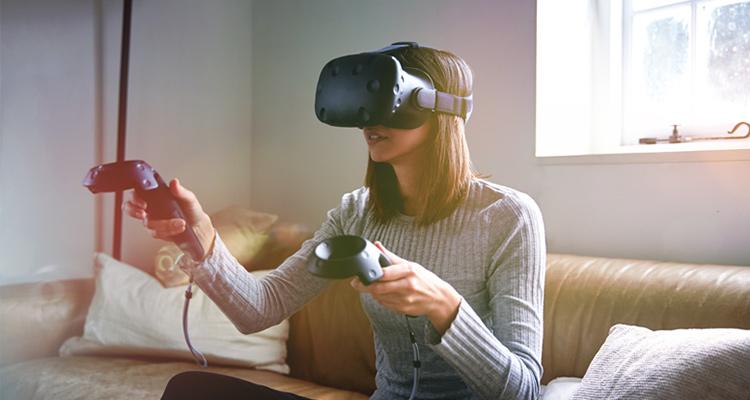 Learning 4.0 is here and we should be excited!

“Education is the passport to the future, for tomorrow belongs to those who prepare for it today.” – Malcolm X. With … Continued